Frontier Army of the West 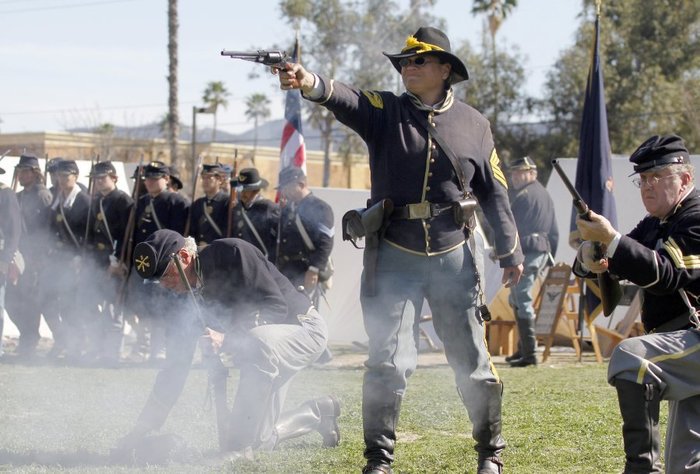 Bringing the American Civil War to life, one experience at a time.

Welcome to the website of the Second United States Cavalry Regiment (reenactors) located in Southern California.  While the unit is known as the Second Cavalry, our legal corporate name is “The Frontier Army of the West, Reenactors, 1845-1898”. The reason for this is that our members can portray the 2nd US Regiment of Dragoons from 1845 to 1861, when there was an official name change to the US Second Cavalry Regiment, the Civil War era from 1861 to 1865, the Indian Wars era from 1865 to 1890,and the Spanish American War in 1898.  Our members are capable of fielding units in each of these impressions, complete with uniforms and period weapons.  We are a California State Non Profit Corporation, and hold tax exempt status with the IRS as a 501(c)(3) Charitable Educational Organization.

The Second Cavalry Regiment is made up of Company I and Company B of the Second Cavalry, with Company C of the 8th Illinois Volunteer Cavalry attached to the Regiment.   The Regiment is part of the Cavalry Brigade of the Union Army of the West , Inc. (see the link to the UAOW).  We have been in existence since 1995. Please go into the website to see our history, schedule for the year, and our list of members. Information is also there for our school programs, and for our Annual Cotillion and Military Ball, sponsored jointly by the Second US Cavalry and the Second Kentucky Volunteer Cavalry Regiment.

Thanks for dropping in to look us over. We are also looking for new members. See our contact page for more information.